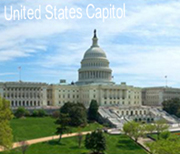 ---- Although this site is https-secure, we cannot guarantee that it or any provided links are safe; be sure your antivirus and other security systems are up to date.

Undated:  Academi is an American private military company founded in 1997 by former Navy SEAL officer Erik Prince[2][3] as Blackwater,[4] renamed as Xe Services in 2009 and now known as Academi since 2011 after the company was acquired by a group of private investors.[5] The company received widespread notoriety in 2007, when a group of its employees were convicted of killing 14 Iraqi civilians in Nisour Square, Baghdad for which four guards were convicted in a U.S. court.[6][7]

In 2014, Academi became a division of Constellis Holdings along with Triple Canopy and other security companies that were part of the Constellis Group as the result of an acquisition.[9][10]
https://en.wikipedia.org/wiki/Academi

April 4: Inside Erik Prince's Return To Power: Trump, Bolton And The Privatization Of War
https://www.forbes.com/sites/noahkirsch/2018/04/04/blackwater-erik-prince-trump-afghanistan-bolton/#59d9bb5017d7

May 19: Report Suggests Blackwater Founder Erik Prince May Have Lied to Congress

He told Congress he didn’t meet with the Trump campaign. A new story says he did.
https://www.motherjones.com/politics/2018/05/report-suggests-blackwater-founder-erik-prince-may-have-lied-to-congress/

"I know he's frustrated," Blackwater founder Prince said of the president. "He gave the Pentagon what they wanted. And they haven't delivered."
https://www.nbcnews.com/news/military/officials-worry-trump-may-back-erik-prince-plan-privatize-war-n901401

December 20: Mattis is out, and Blackwater is back: ‘We are coming’
https://www.militarytimes.com/news/your-military/2018/12/21/mattis-is-out-and-blackwater-is-back-we-are-coming/

A military drawdown in Syria and Afghanistan is good for America's enemies – and contractors.
https://www.opendemocracy.net/paul-rogers/trump-blackwater-and-privatised-war